Click here to learn more about how we are responding to the COVID-19 crisis. 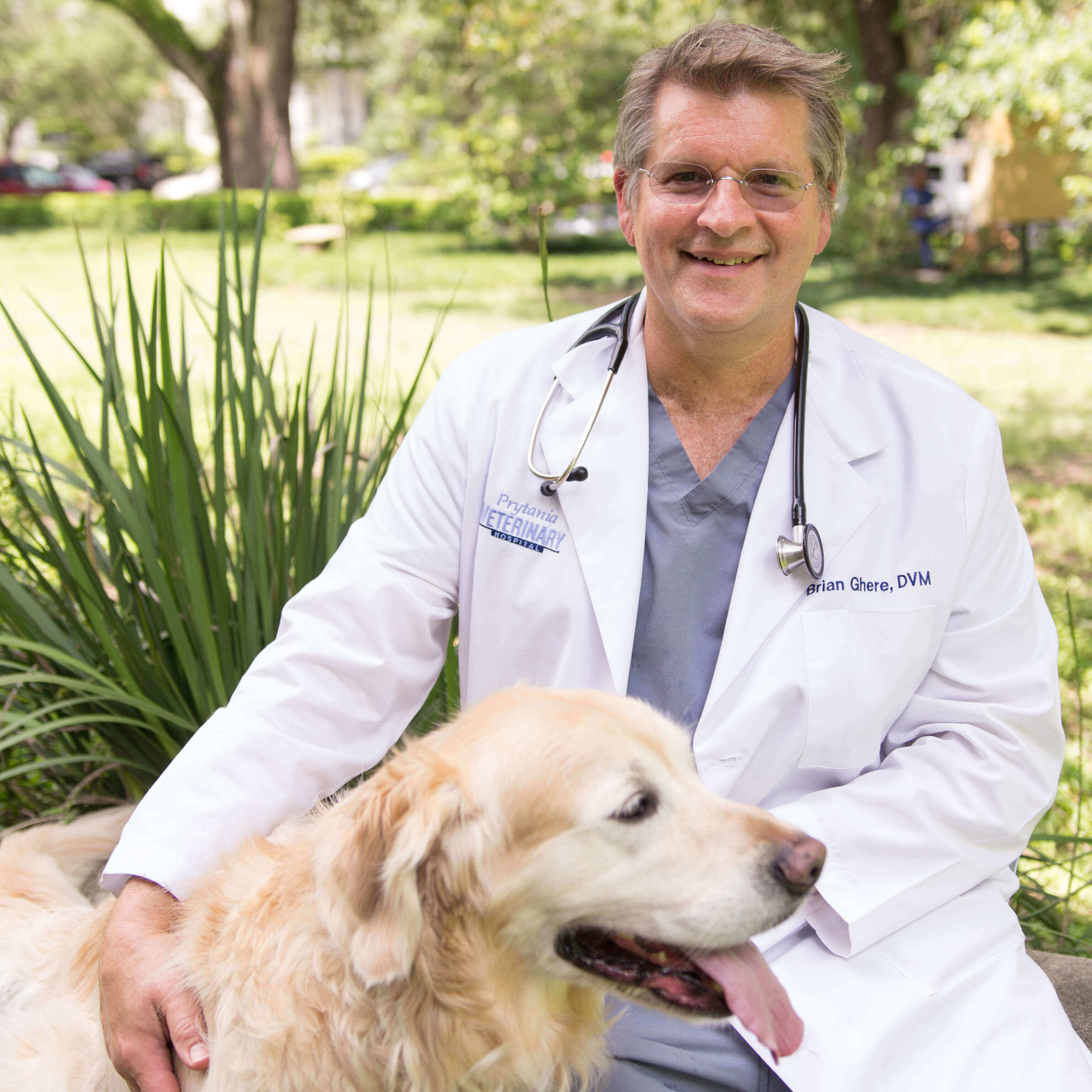 Dr. Brian Ghere received his degree in Veterinary Medicine from Washington State University in 1986. He also studied at the University of Pretoria Veterinary School in South Africa during his senior year. In September of 1992, he founded and opened Prytania Veterinary Hospital with partner Dr. Nancy Nathan. Dr. Ghere is a member of the AVMA, LVMA, and SLVA. He has served as president of the state and local veterinary associations and was on an executive committee for the National Association. Dr. Ghere is married to Dr. Mary Elliott Ghere and is the proud father of 5 daughters: Taylor, Laney, Aubrey, Callie Anne, & Josie – with a 6th on the way! – and one son, Rhett. They have two cats: a senior named Salsa, and Remoulade, who was rescued from the Denham Springs flood in 2016, and two dogs: a Frenchie named Ringo, and Westley, a schnauzer mix. He is an avid outdoors man, racquetball player, and dad-joke teller.

We have had the privilege of providing the highest level of veterinary care to the community and Prytania Veterinary Hospital is committed to providing excellent care for you and your pet family for many years to come.